Christian faith: does it make sense?

The author of The Chronicles of Narnia, C.S. Lewis, once said, “I believe in Christianity as I believe that the sun has risen, not only because I see it, but because by it I see everything else.” His point is clear: the Christian faith illuminates the landscape of reality and helps us see it as it is. As the sun rises we can see the landscape; we can see things as they really are. The Christian faith is a worldview that adequately explains reality as it is.

Showing it makes sense: how?

Pointers and evidence for the Christian faith

The following arguments are better understood as pointers for the existence of God. We don’t use them in a rigorous mathematical way. Rather, we use them as reasonable and good explanations of reality. There are many such pointers for God’s existence. I’ll mention two of them that are also supported by recent scientific discoveries.

A universe fine-tuned for life

The fine-tuning of the universe is one of these pointers. The astonishing thing is that the universe is fine-tuned with an amazing amount of precision to make life possible on planet earth. There are three options to explain this discovery: chance, necessity, or design. This clip from “Reasonable Faith” presents the fine-tuning argument in just about 6 minutes and it is worthwhile to watch. This argument, as presented in this clip, is a strong pointer towards the existence of God. What it does not do is prove in a rigorous mathematical way that a theistic God exists. But it does give the best explanation possible, an explanation that resonates with what we read in the Bible. David, one of the authors of the Bible said three thousand years ago “The heavens declare the glory of God; the skies proclaim the work of his hands.” (Psalm 19:1)

A universe that had a beginning

The Kalam cosmological argument is another pointer to the existence of a theistic God. The simple form of this argument goes like this. Everything that begins to exist has a cause. The universe began to exist. Therefore, the universe has a cause. The cause of the universe is God. The strength of this argument is that it is supported by both philosophical reasoning and the scientific discovery of the big-bang theory. This theory makes the point that there was a beginning of the universe. This short four-minute clip is a good presentation of this argument. Again, this is a pointer towards a theistic God. It is an explanation that makes sense, and that is the point here. It is reasonable and points to what another biblical author mentioned three and a half thousand years ago, that the universe had a beginning. The first line of the Bible says, “In the beginning God created the heavens and the earth.” (Gen. 1:1)

Furthermore, there is good historical evidence that the Christian faith is true. You can watch a short presentation of historical evidence here. There are reliable historical sources, such as the writings of the New Testament. It is generally accepted that these writings are some of the most reliable ancient documents that exist. The gospels, the four books that speak about Jesus’ life and teaching, are accepted as authentic historical documents. It is supported by the science of textual criticism, a science that investigates the authenticity of ancient documents.

Following Jesus did make a difference in my own life. He helped me have a more positive outlook on life. It gave me a purpose to live, in good and not so good times. I still have challenges to face. I still have struggles to overcome. I still mourn the loss of loved ones. However, Jesus and his view of life helped me make sense out of life, both in good and in bad times. I find having a personal relationship with God fascinating. It is a relationship that is offered to us, and not earned by us.

I can agree with C.S. Lewis that Jesus gives me a way to look at life and see and experience reality as it is. “I believe in Christianity as I believe that the sun has risen, not only because I see it, but because by it I see everything else.”

Christianity makes sense! That was our main point in the beginning. What is your worldview? And, does it make sense? Is it helping you to live a “life worth living” in joy and in tribulation?

– Mere Apologetics, Alister McGrath. His chapter on “Reasonableness of the Christian faith” is worthwhile to read
– Christian Apologetics, Douglas Groothuis 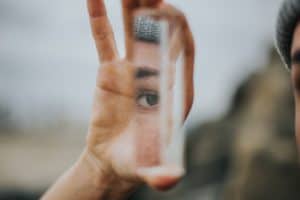 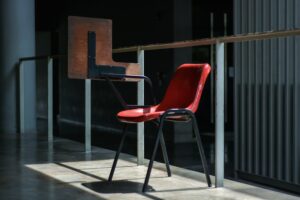 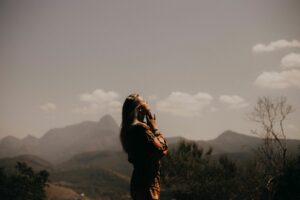 He lives in you 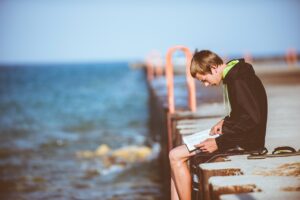 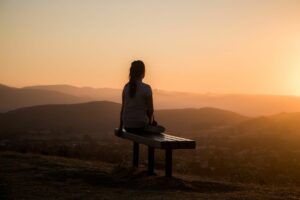 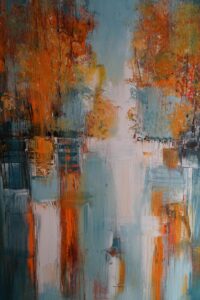